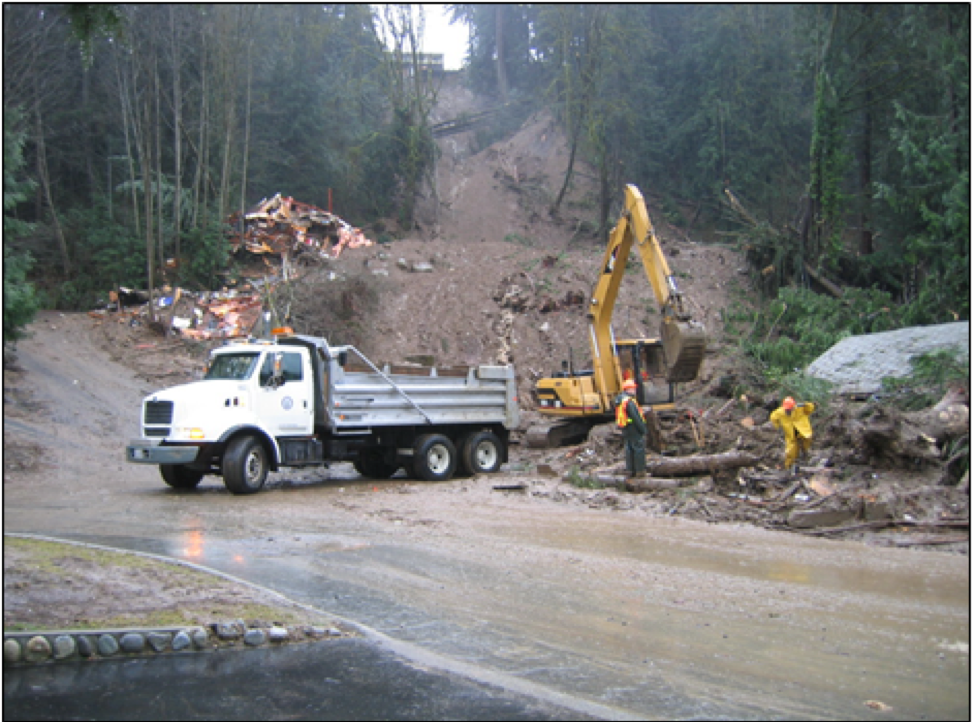 At least six extremely rapid landslides have been triggered by heavy rainfall along the Berkley Escarpment in North Vancouver, BC since 1972.  The most recent slide occurred in January 2005 and resulted in one serious injury and one fatality.  Following this event, the District of North Vancouver (DNV) adopted a risk-based natural hazards management program.  DNV retained BGC to help develop and implement the program and to estimate landslide risk and evaluate remedial options to reduce landslide risk.

BGC investigated each potential landslide source area to estimate landslide likelihood and consequence based on site observations, historic data and landslide runout modelling.  Risk estimates were compared against international acceptance criteria and criteria established by the community.  BGC completed a cost-benefit analysis for various risk control options and determined that surface drainage improvements and fill removal were most cost effective.  A rainfall and groundwater-based landslide warning system was used to manage risks until mitigation was carried out in 2006 and risks were reduced to tolerable levels.