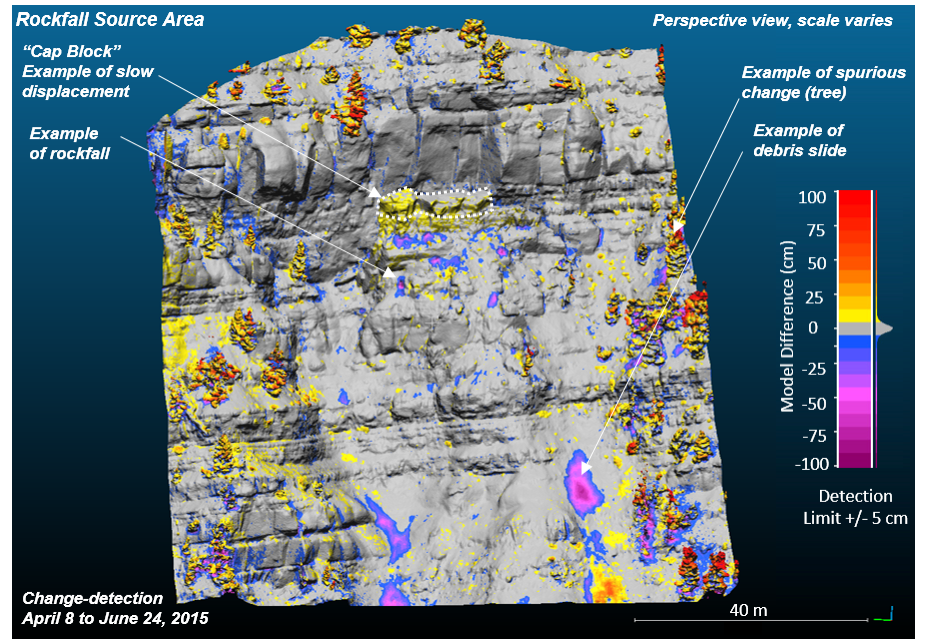 Aerial lidar scan (ALS) data were collected from the site in April 2015. Oblique aerial photographs were collected by BGC and CDOT on five occasions between April and June 2015. Change-detection results indicated that a number of small rockfalls and debris slides occurred between surveys. Additionally, a large block, referred to as the “cap block,” appears to be slowly displacing. The “cap block” is composed of at least three completely detached blocks, ranging between 10 m3 and 100 m3. Change detection of the cap block indicates downslope displacement between 5 and 15 cm occurred between April 8 and June 24, 2015.

OAP change-detection results were validated with a displacement signal from a crackmeter that had been previously installed on the “cap block.” The OAP change and the crackmeter data are in good agreement at this location, with both showing close to 5 cm of movement during the course of this study.